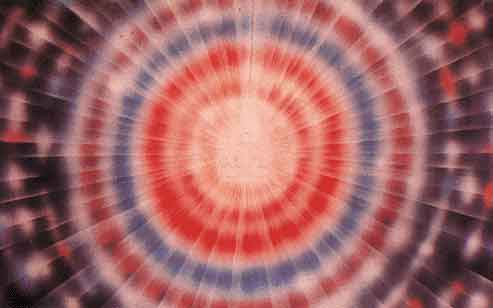 There are geo-physical imprints, or memory bands within the auric field ~ Carol Lamb, my guest last week on Blog Talk Radio. (You may listen to the entire interview HERE.)

I replayed the show the other night, but fell asleep during the gentle soothing tones of  “Kristina,” by composer Michael Kowalski. Today I listened to the rest of the recording, this time not only on my feet but walking around the neighborhood doing errands. I often get my best thinking done when walking to the grocery store. Somehow my mind feels more free to roam without the pressure sitting at the keyboard. Or maybe it’s just that new ideas really are floating around in all that space outside, but only if I’m not particularly looking for them. Outside I have to be more awake, more alert. Listening to the show at my leisure, without the pressure of having to look at clock and switchboard, chat-room and Skype, I heard the phrase “geo-physical imprints and memory bands within the auric field.” It had completely passed me by the first time.

I became very excited. Especially as it came after another comment Carol made: Mentally, we want to stay in the comfort zone, but the soul is always lurking to take us into those deeper places.

Hadn’t I devoted years to painting my journey into those deeper places? I called the series Journey to the Deep, and wrote some lines to go with it.

Eventually, after 5.5 years, I accessed a soul memory I could work with. I could have written ‘five and a half years,’ but you see the painting that completed the series happened to be of a building on Madison Avenue. 550 Madison Avenue. (We don’t count the zeros in numerology) The building that was the corporate headquarters of AT&T at the time, (AT&T – the very god of communication itself at one time!) with an enormous statue of Hermes behind the plate glass. Specifically behind the numbers 550. Hermes, also known as Mercury, the Messenger of the Gods, had a message for me. Or at least it seemed that way, though I didn’t realize it until I had painted the building from a dozen different angles. (You can see the series HERE.)

And now I must cut to the chase, because this after all is only a blog, and the story I need (yes, need!) to tell will easily fill a book. (In fact I’m writing it now, a follow up to The Nancy Who Drew ) So here basically is the short version.

Though I realized I had to go into those “deeper places,” those depths, I hadn’t a clue how to do this. Carol Lamb mentioned how we might travel to certain places on the globe—maybe just going on holiday somewhere—and immediately feel a powerful resonance.

But the place I was drawn to was at the bottom of the sea. The ocean floor. I don’t know that you can get any deeper than that other than by drilling through the earth. But I had painting. I allowed my brush to take the lead. I guess I can say I resurrected my geo-physical imprint with oil paint and canvas and a handful of bristle brushes. Maybe that’s what Art and Ascension really means, for me anyway. Using art to reach in, bring buried soul memories to the surface. A past death really, more than a past life, but still hidden away in a memory band of the auric field, out of reach by the mind, yet sensed by the intuitive heart.

Actually, there is no shortcut, though there is a chase often enough, chasing dreams,

chasing memories. Answering the call. And when it comes,

Nancy Wait is an artist a writer, a writing coach/editor, and author of the memoir "The Nancy Who Drew, The Memoir That Solved A Mystery." She is a former actress (stage, film and TV) in the UK under the name of Nancie Wait. She hosted the blog talk radio show "Art and Ascension," and more recently, "Inspirational Storytellers." Nancy is currently at work on the sequel to her memoir, "The Nancy Who Drew the Way Home," to be published in 2020.
View all posts by Nancy Wait →
This entry was posted in Art of the Path and tagged Art, art and ascension, Carol Lamb, Nancy Wait, painting, soul memories, Spirituality. Bookmark the permalink.