What is it like being unplugged from the matrix? 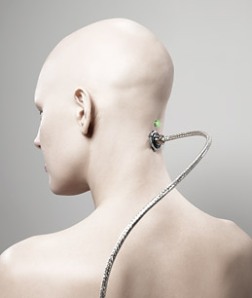 It could be the feeling of being an outsider, an observer.

At home I’m not aware of being an observer because I’m in my personal domain, my “private” habitat, busy taking care of my life, being focused on my work, my relationships, and so actively engaged in my surroundings that I rarely question them.

It’s different when I’m outside. Outside, walking along the familiar streets of my neighborhood, I don’t have to think about where I’m going or how I’m going to get there because I am in well-known territory. If I’m relaxed, not in any hurry and nothing is troubling me, I allow my mind to wander.

And wander, it does. It wanders to pretty much the same place of late. The place in the back of my head on the inside. 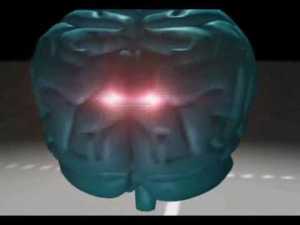 This might be because the film The Matrix, which I’ve seen many times, is so ingrained in my consciousness. But lately, the reason I am more aware of being plugged-in / not plugged-in – is because of the you tube video I watched not long ago called, The Holographic Universe. The video, in five parts, explains with great visuals, how it is that this world we live in is really an illusion. Here is a quote:

The external world is inside our brain. Everything we see touch hear and smell as matter in the world or the universe, is only the brain’s interpretation of electrical signals.

This knowledge has been floating around to the general public for decades. I was hearing about the unreality of our world back in the Sixties when we were experimenting with hallucinogens like LSD. In the Eighties in my consciousness-raising group, we accused one another of being “plugged-in” or “attached,” and reminded each other to “let go.” Also in the 1980s I began reading books on quantum mechanics written for non-scientists, and became familiar with terms like “parallel universes.” But for me it was pretty much theoretical, and not something I could apply to my daily life. LSD wasn’t theoretical, but it was too scary after I was told it might change my chromosomes. Then I read the book about the holographic universe by Michael Talbot, and went downtown to the Museum of Holography in Soho, which sadly has closed. Still, pretty much all theory, though fun to speculate on. 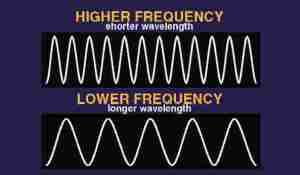 So, what has changed? Well for starters, it’s 2012, and the energy has changed, the frequencies have increased, the higher vibrations are more “available,” shall we say. And I see how my ease with visualization, the techniques I’ve been developing since childhood, and a life-long devotion to all art-forms, has enabled me to quickly make the leaps in perception which are so vital in helping me to comprehend where I am and what I am. And how it’s all in my head.

It’s still theoretical, but now I am visualizing it for myself. I’m aware of watching a screen inside my own head. My own personal movie, aka reality. Which is only real insofar as I believe that it is.

I remind myself of this as I mosey along the streets of my neighborhood. I picture the little box in the back of the inside of my head like I saw in the video. This head of mine that is completely dark inside with no light whatsoever filtering in. And yet it is this very head, this dark solid squishy mass of matter nestled inside my skull that I call my brain, which offers me incredibly glorious visions! Also the grievous suffering of so many souls.

But what I think about when I’m walking along, what I remind myself over and over to please remember, is that I am walking in a “made-up” world. And that my real self, my true self, or my soul, resides on another plane. Taking it all in. And guiding me, for as much of the time as I am “unattached” here, and willing to listen.

Nancy Wait is an artist a writer, a writing coach/editor, and author of the memoir "The Nancy Who Drew, The Memoir That Solved A Mystery." She is a former actress (stage, film and TV) in the UK under the name of Nancie Wait. She hosted the blog talk radio show "Art and Ascension," and more recently, "Inspirational Storytellers." Nancy is currently at work on the sequel to her memoir, "The Nancy Who Drew the Way Home," to be published in 2020.
View all posts by Nancy Wait →
This entry was posted in Uncategorized. Bookmark the permalink.