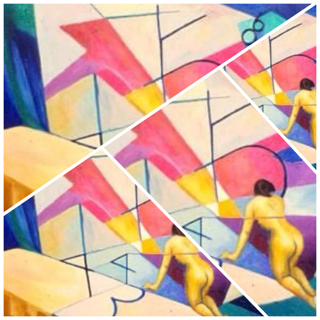 Days of Destiny. Red-letter days. Days that stand out in memory for the way they influence everything that came after. I looked a couple of mine up recently. I was amazed at how they corresponded to my Destiny numbers.

The Destiny number is all the dates of your birth added up together. Just don’t count the zeros.

Two days, during a certain week in March of 1977, astonish me in hindsight. Their numerical symbolism exactly matched the events that occurred. It’s the kind of thing you can’t make up. It’s being in the right place at the right time. What is also interesting, and interesting about all events we think of as “destined,” is that I had no conscious control or thought of “making” anything happen. I have to admit though, before I became a student of Numerology, the dates themselves were merely numbers on a calendar—despite their importance. 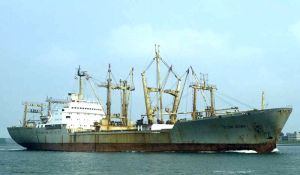 This is what happened. I had been living in England for seven years, and when it was time to come home, I sailed back to New York on a Polish cargo ship. (Read a short excerpt HERE) We docked at the Port of Newark on March 9, 1977 after eleven days at sea. Unlike commercial travel, merchant ships give you only an approximate day of arrival, so I could not have planned that particular date. Yet it turned out to be none other than the equivalent of my Destiny Number, which is nine. (I added all the digits together, 03/09/1977, and got nine.)

What amazing synchronicity! Because aside from being a big move from one continent to another, it was a major life-change, a turning point. I had given up my former life as an actress and all that it entailed, and was now going to become a secretary while I studied writing or painting at night and on weekends. I was altering a previously planned destiny, and coming home to create something else. Something that felt more in tune (at that time) with my real being, my true self. And then I happened to land, setting foot on dry land again, my homeland, on the day signifying my Destiny. As I mentioned earlier, being ignorant of that fact did not preclude how I was in sync with myself.

It was a momentous week. I arrived home on the Wednesday, March 9th, and on that Friday, March 11th, I met up with the second part of my destiny—my future husband. The man who would read my palm on our first date, tell me I must paint, and would then go about providing the space and time and impetus to do so. When the numbers of 03/11/1977 are added up together we get the number eleven. Eleven is my Path of Destiny number.

So, I arrived back in New York on a day that signified my Destiny, and two days later, on the day signifying my Path of Destiny, I ran into the man who would clear the way to that path.

Excerpt from a work in progress:

Our meeting felt like destiny. I’d hardly been back a day when I wandered into his real estate office by chance. It felt like chance, but I had been guided by a beam of light. Sunlight, that caused me to look up from the book I was reading and see a sign across the square advertising apartments for rent. I had forgotten I had come down to the Village to look for an apartment. I had come out of the subway at Sheridan Square and the first thing I saw was a bookstore across the street. I came out of the bookstore with a copy of Illumination by Rimbaud, and saw the sign for apartments. It was a Friday in March. March the eleventh, nineteen-seventy-seven. The numbers themselves were auspicious, though I hardly knew it at the time. It is only now, looking back, I add them up and notice they were my destiny numbers. Which only goes to prove that even when I don’t know what I’m doing or why, part of me does know. Where that part is or how it knows doesn’t matter. All I have to do is trust it. Trust and be led. Which that Friday meant going down to Greenwich Village…

The greatest payback of memoir has been finding a deeper meaning in events and situations of the past. Meanings I would not have known had I not taken the trouble to write down what happened and then pour over the writing in successive revisions. The question I had asked myself in my first memoir, The Nancy Who Drew: The Memoir That Solved A Mystery, was what did I know and when did I know it? Sometimes I had to dig deep, other times things I hadn’t noticed before jumped out at me.

In my current work, the sequel, I am delving into the time period when I became an artist. I was in awe when I looked at those dates in March for their numerological significance. Because number is vibration. All life is energy, and energy is vibration. I did not need to know the numerological significance of those dates to know how important they were to me. Yet knowing has served to increase the trust in my ability to manifest my “destiny.” It is something anyone can do too, simply by taking the trouble to look things up, add a few numbers together, then research their meanings.

My first book on Numerology, which I found most useful as a non-professional: The Secrets of Numbers  by Vera Scott Johnson and Thomas Wommack. The cover you see here is the one on Amazon – uploaded by me. You can see how old the book is! They have newer versions of course.

Postscript ~ A #9 Destiny can be hard. Nine is the last number in the cycle as we don’t count ten. The #11 (a Master number) corresponds to the #2, and is a little outside the regular cycle. So #9 is when we are faced with all the lessons we haven’t yet completed. And I have had many! Marriage to the man I met in the real estate office on my Path of Destiny day who encouraged me to become a painter, did not last. But as a #9 I would get used to things not lasting. Finding out that it wasn’t just me, but part of the vibration I am attuned to, has been a relief.

Nancy Wait is an artist a writer, a writing coach/editor, and author of the memoir "The Nancy Who Drew, The Memoir That Solved A Mystery." She is a former actress (stage, film and TV) in the UK under the name of Nancie Wait. She hosted the blog talk radio show "Art and Ascension," and more recently, "Inspirational Storytellers." Nancy is currently at work on the sequel to her memoir, "The Nancy Who Drew the Way Home," to be published in 2020.
View all posts by Nancy Wait →
This entry was posted in Memoir, Uncategorized and tagged autobiography, being in sync, bridging worlds, destiny numbers, memoir, Nancy Wait, numbers, numerology, sea voyage, the nancy who drew, vibrations. Bookmark the permalink.

4 Responses to Days of Destiny